Posted by nigel hastilow at 12:19 pm No comments:

A song for Europe 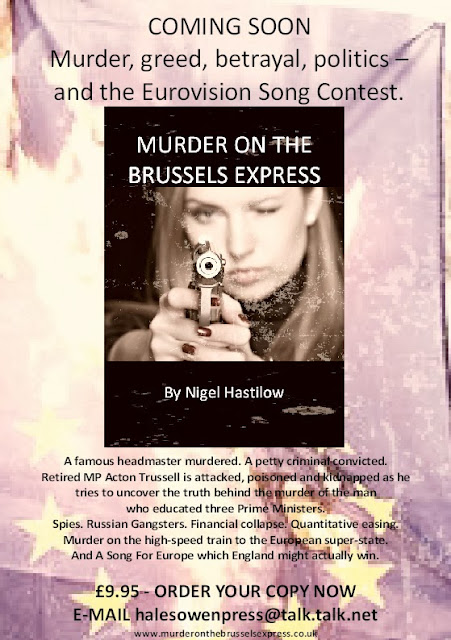 One day soon there will be a decent website at www.murderonthebrusselsexpress.co.uk

Posted by nigel hastilow at 3:01 pm No comments:

Do the BBC and the CBI seriously think free trade between Britain and the European Union would cease if this country withdrew from the super-state?

This week Britain’s bosses’ organisation has been issuing dire warnings about the (completely invented) number of jobs that would disappear if we voted to leave the EU.
Then the BBC treated us to the not-unreasonable comments of Nissan boss Carlos Ghosn saying the company would have to “reconsider” its investments in Britain if we left the EU.
All he said was: "If anything has to change, we [would] need to reconsider our strategy and our investments for the future."
Of course they would.
That does not mean they would close down, shut up shop and move to Hungary as the BBC implies.
What Mr Ghosn and any other sensible industrialist would need to know is that Britain’s trade links with Europe were unharmed.
They may discover they have been improved, which would, we must assume, lead to a reconsideration leading to extra investment not less.
What the propagandists for the EU are trying to do – and not without success – is terrify us into believing that withdrawal would lead to the shut-down of UK plc as a trading nation.
It’s complete nonsense.
This country runs an estimated £70 billion-a-year trade deficit with the EU (and a £13 billion surplus with the rest of the world). That means we import from other European countries a whole lot more than we sell to them.
There is absolutely no chance that they would seek to impose some sort of trade barriers on the UK when they would have more to lose than we would.
Withdrawal from the EU does not mean an end to free trade. Nobody in their right mind wants that. If some sort of trade war were to ensure, the EU would be the biggest loser. So it’s just not going to happen.
The CBI, the BBC and all the other outlets for Brussels propaganda really should acknowledge this as a fact rather than trying to frighten people into submission.
Posted by nigel hastilow at 12:17 pm No comments:

Scottish independence - give us a vote

Now we are paying to keep Scotland in the UK with English jobs in Portsmouth, abandoning centuries of ship-building, I have signed the Downing Street petition calling for a UK-wide referendum on Scottish independence. We all have a right to vote on such a basic question. https://submissions.epetitions.direct.gov.uk/petitions/53916
Posted by nigel hastilow at 10:36 am No comments:

Murder on the Brussels Express 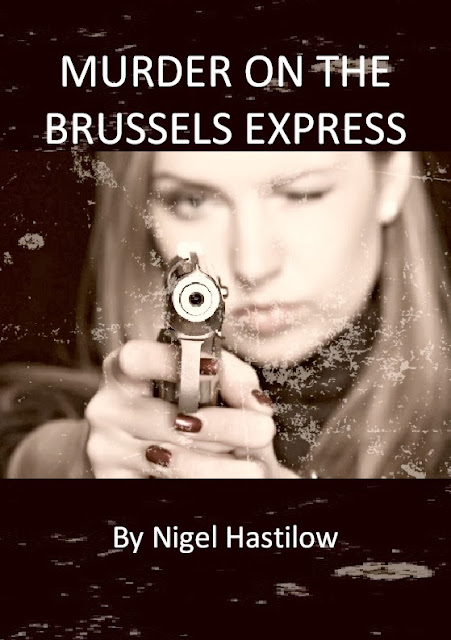 
Retired MP Acton Trussell is attacked, poisoned and kidnapped as he tries to uncover the truth behind the murder of the man who educated three Prime Ministers.


And A Song For Europe – which England might actually win.


Posted by nigel hastilow at 6:17 pm No comments:

The man who should be most relieved the Grangemouth dispute has ended reasonably happily is the MP who was responsible for the whole fiasco – Tom Watson.
In the game of chicken between Unite and Ineos over the future of Grangemouth petrochemical plant, the trade union blinked first.
It’s caved in and the plant will stay open, preserving 800 jobs (for the time being at least).
What seems to have escaped notice is that the roots of all the trouble were not so much industrial as political – and at the centre of it all is Tom Watson, Labour MP for West Bromwich East.
Grangemouth is in the Falkirk Parliamentary constituency. Mr Watson was at the centre of Unite’s attempt to fix the process for the selection of a new Labour candidate for the seat in advance of the 2015 General Election.
In his capacity as the Labour Party’s General Election co-ordinator, Mr Watson was trying to engineer the selection of Karie Murphy.
Ms Murphy worked for Mr Watson.
Not only that but she is friends with, and he is a former flat-mate of, Len McCluskey, General Secretary of Unite.
Things fell apart when Ed Miliband, the Labour leader, complained of Mr McCluskey: “Instead of defending what happened in Falkirk, Len McCluskey should be facing up to his responsibilities. He should not be defending the machine politics involving bad practice and malpractice that went on there, he should be facing up to it.”
Mr Watson quit as Labour election supremo and Ms Murphy stood down as a potential candidate even though a subsequent internal inquiry cleared her of wrong-doing.
What has all this to do with Grangemouth? The answer is that the chairman of the Falkirk constituency party at the time of the scandal was Stevie Deans.
Mr Deans was also the Unite convener at Grangemouth. He was accused of signing up Unite members at Grangemouth to the local Falkirk Labour Party to secure Ms Murphy’s selection.
He may have been cleared by the Labour Party’s internal inquiry but Ineos mounted its own investigation into his “alleged inappropriate use of company resources”.
The union reacted with fury, called a strike ballot which won 80 per cent support and the row escalated into a bosses-versus-unions conflict which led to the announcement of Grangemouth’s closure.
The union’s action was described as “the stupidest of strikes for the most idiotic of reasons” by Eric Joyce, the sitting MP for Falkirk who is quitting at the next election after attacking three MPs during a drunken brawl.
Mr Watson has been vocal in his condemnation of Ineos and its boss Jim Ratcliffe, who he described as "billionaire hedge-fund manager [who] was on his yacht in the Mediterranean" at the time, conducting talks via intermediaries.
"Tax avoidance disguises the profitability of this site," Mr Watson added, calling on the government to take action.
He has also said: “Too often it feels like it’s always the little guys that get steamrolled by powerful corporates. Even as an MP I feel powerless to act.”
And he complains that, in disputes such as this, “the little guy always loses”.
The truth is, though, that if Mr Watson had not tried to fix the Falkirk selection process in favour of his, and his union’s, favoured candidate, it’s quite likely none of this would have happened.
If he had allowed plain, ordinary, decent democracy to run its course, who knows, his chum Ms Murphy might have got the job anyway?
Sadly for Mr Watson, as a conspirator his record is not impressive. He it was who led the failed 2006 “curry-house coup” plotted in Wolverhampton and aimed at replacing Prime Minister Tony Blair with Gordon Brown.
It didn’t go according to plan, won no support and cost Mr Watson his job – until a grateful Mr Brown later became PM and rewarded his party disloyalty with a job as a Cabinet Office Minister.
These days the fat blogger – Mr Watson is 18 stone and keen on issuing propaganda via the internet – regards himself as the scourge of the media after he cross-questioned News International boss Rupert Murdoch.
He is one of those wanting to impose state control of the press. No doubt if and when he succeeds in this aim he will silence anyone who suggests that his serial chicanery is not quite as noble and altruistic as the likes to think it is.
At one point in his Commons interrogation of Mr Murdoch, he accused the publisher of being like a Mafia boss. To which we can only conclude: It takes one to know one.
Posted by nigel hastilow at 6:13 pm No comments: