Just shut up about freedom of speech 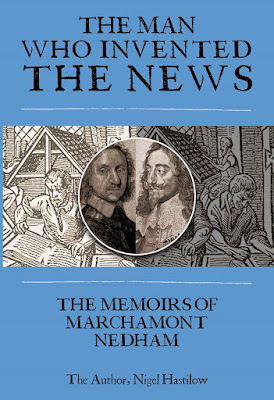 Having just written a book (“The Man Who Invented The News”) about a journalist who was jailed three times and fled the country in fear of his life, I find I must support the campaign to free Julian Assange.

He would appear to be an unattractive man with a distinctly dodgy history but that is not a good enough reason to want to see him deported to America and incarcerated there for, quite probably, the rest of his life.

He published secret information which, according to the Americans, put people’s lives at risk. There’s not much to be said in favour of that – except that it’s a journalist’s job to reveal inconvenient truths. The alternative is an even more secret society than the one we live in most of the time.

The Wikileaks founder did reveal that thousands of civilians were killed during the wars in Afghanistan and Iraq – the sort of slaughter we rightly condemn Russia for today.

Did we have a right to know the information Wikileaks revealed? I would say we did. It is a journalist’s job to expose inconvenient, embarrassing or incriminating evidence if and when it becomes available. It does not seem reasonable to allow Assange’s extradition just so the Americans can get their revenge.

Hillary Clinton once asked of Assange: “Can’t we just take the guy out with a drone?’

In 1640s, Marchamont Nedham, the most notorious journalist of the English Civil War, leaked the contents of King Charles I’s private papers.

These revealed he had written to the King of France complaining about the behaviour of his sister, Henrietta Maria, Charles’s wife. They revealed the King’s determination not to negotiate with his Parliamentary enemies as well as his scathing private opinions of some of his closest aides.

Marchamont Nedham was jailed when he called the King a tyrant and mentioned that Charles spoke with a stammer. In those days, there was no such thing as ‘freedom of speech’ and journalists ran the risk of imprisonment with every newspaper they published. Later, Nedham was jailed again and eventually fled the country in 1660 in fear of being hanged, drawn and quartered.

Have we really made so little progress in almost 400 years?

Posted by nigel hastilow at 5:27 pm No comments: