Now who are the fruitcakes, Dave? 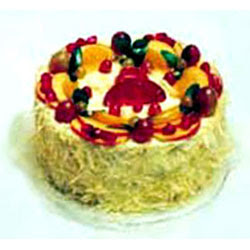 Who are the fruitcakes and loonies now? Those people who said the European Union was bad for Britain – or our beloved Prime Minister?

David Cameron, in one of his many unguarded moments when the PR façade slips for a moment, condemned Eurosceptics as “fruitcakes, loonies and closet racists”.

Now they have been proved right, can we expect an apology? Of course not.

Instead, a great fuss is being made about the promise of a Commons debate on whether to hold a referendum about Britain’s membership of the EU.

Will this be the liberating moment? Could it be the watershed when all that has gone wrong with this country because we are governed from Brussels starts to come right?

Don’t bet on it. Nobody knows what sort of referendum we’ll get. Should it be a simple “in or out” question or something more complicated about bringing back some of the powers we have lost?

William Hague called the Euro “a burning building with no exits” and, with the flames licking around Greece and Italy, surely nobody doubts he was right all along.

Yet the last thing the Government wants at a time of Eurocrisis is the infinite complications of a referendum which forces it to extricate Britain from the failure that is “ever-greater economic and political union”.

It’s not just the single currency.

We saw this week that Theresa May, the Home Secretary, thinks the European Convention on Human Rights is a ridiculous piece of law which should be abolished.

Admittedly she did her case no good at all by wittering on about an illegal immigrant from Bolivia who couldn’t be deported because he had a pet cat called Maya.

The flying fur over Mrs May’s catastrophic “kittengate” contribution to the Conservative conference should not distract us from the fact that we have a Home Secretary who abhors our human rights laws.

The country can’t deport convicted murderers and rapists because it may be in breach of their human rights. Mrs May spoke for millions when she said it was time to restore sanity.

While the Euro burns, the Eurocrats are busily working away at their plans to create a single Superstate no matter what the peoples of the EU might want.

Take another of their challenges to our country. The Government has been given a two-month deadline to bring our benefit payments into line with their demands.

It means we could end up paying billions more to “benefit tourists” from across the EU if they find themselves better off on our social security than they would be at home.

We could soon be forced to pay child benefit, child tax credit, state pension credit, jobseekers' allowance and unemployment support allowance to any citizen of the Superstate.

Iain Duncan Smith, the Pensions Secretary, believes it could cost us £2 billion.

He says: “At a time when the British people are tightening their belts, and the European Commission orders us to open our doors to benefit tourists and pay them benefits when they arrive here, I have a simple message for them: No, no, no.”

If you think that’s expensive, what about the EU bailout fund? This started off at 400 million euros and has already rising to 2 trillion but even that won’t be enough if Italy goes the way of Greece.

Don’t think this is just a problem for countries which swapped their currencies for the euro. Some of it will be our money. We are, to coin a phrase, all in it together.

So our Government is planning to print more money. They call it quantitative easing but really it’s no different from going to a printing press and running off a load of forged £50 notes.

The impact is the same – inflation. Prices are already rising sharply and the Bank of England seems to have abandoned its job of keeping the rate down to two per cent.

Inflation is the only way the Governments of Europe can convert their massive debts into something manageable – inflation makes their debts worth less and hang the consequences for the little people with pensions and savings.

Chancellor George Osborne says Europe’s leaders “have got to get out and fix their roof, even though it is already pouring with rain”.

He also questions why they “plunged headlong into the euro without thinking through the consequences”.

He’s right, of course. It beggars belief that the most powerful and, you might have supposed, intelligent men and women in Europe should have been so caught up in their own fantasies they led us into this situation in the first place.

The very few who warned that it would all go horribly wrong were derided as right-wing Little Englanders.

These “fruitcakes, loonies and closet racists” have banged about the EU and been ignored, mocked or sidelined for years.

Now we have a Chancellor, a Foreign Secretary, a Home Secretary, and a Pensions Secretary all lining up to condemn our involvement in the EU.

It’s time they did more than complain. They must give us a referendum – in or out? They won’t – because they’re afraid of our answer.
Posted by nigel hastilow at 9:10 am