These pigs will fly 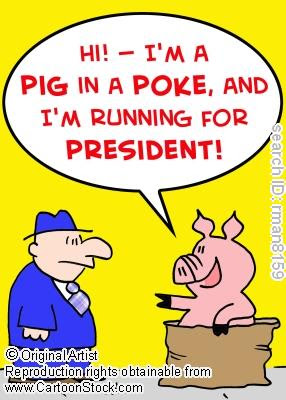 David Cameron and Gordon Brown clashed over the rise in the cost of National Insurance again today at the last Prime Minister’s Question Time of this Parliament.

Dave says it’s a tax on jobs which puts economic recovery at risk. Gordon says it’s either that or put schools, hospitals and the police at risk by losing the revenue and being forced to make spending cuts.

They’re both right, of course. The only question is which one is more right than the other.

It’s true the nation’s business leaders have come out against the NI increase. They rightly say it is yet another burden on the creation of wealth and jobs.

The snag is that if the Tories cut NI, where will they find the money to balance the nation’s books?

The Conservatives’ sums don’t add up. Neither do Labour’s but you wouldn’t expect them to.

George Osborne pulls tax cuts out of his hat and everybody sits up to applaud. He’ll do it again with allowances for married couples.

We should be a low-tax economy and our Government should use the tax system to encourage what is best for society.

But we have to reduce the State’s dependence on the taxpayer first. That must mean drastic spending cuts – even in the NHS.

There is no credibility in the Tories’ ideas for the economy if they insist on protecting the Government’s biggest-spending department, waffle on about efficiency savings and deny they will raise VAT to 20 per cent.

This is a pig-in-a-poke election. I looked up the origins of the phrase and found the cartoon above and this:
John Heywood included this in Proverbes and Epigrammes, 1555-60:
I will neuer bye the pyg in the poke:
Thers many a foule pyg in a feyre cloke.
Posted by nigel hastilow at 3:41 pm